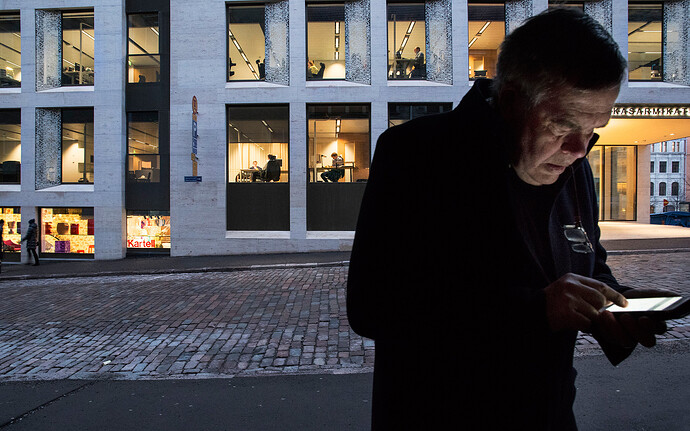 Privacy matters because it empowers us all | Aeon Essays

Don’t just give away your privacy to the likes of Google and Facebook – protect it, or you disempower us all

This was really good article. I believe @mika & @404 would benefit from reading this.

Words to live by from this article are: “When you expose your privacy, you put us all at risk.” Surprisingly, this article did not mention Apple but they are no different than Google or Facebook in what they are doing with their user’s data. They all pretend to offer their users privacy or security while they milk their users like cows.

I already know that. I do not need to be proselytized to. I am not under any illusion that Apple is privacy friendly and do not recommend them to anyone as such.

However, software and hardware I have to use every day only runs on Apple (and Microsoft) products. Life isn’t black and white. Privacy is just one of many priorities I have in my day-to-day life.

You need to recognize that not everyone has the same threat model and lifestyle as you.

I believe @mika & @404 would benefit from reading this.

@donotspamplz please can you not call out other users like this. It’s fine to tag other users if you think they would be interested - but to claim that other users would ‘benefit’ from reading something is purely provocative. Take this as a warning.

Interesting read but…
The comment section:
‘Don’t make the mistake of thinking you are safe from privacy harms, maybe because you are young, male, white, heterosexual and healthy.’ - Well, I must say that this is a highly negative, almost Luddite view of the technological developments that the internet age has brought us. For those who don’t commit anything more sinister than the occasional thought crime the ‘nothing to hide’ (NTH) argument does seem to suffice (unless you become a sudden, and perhaps unwilling, object of the public gaze (Anita Allen makes this point in her work)). Those that have attacked NTH following the NSA leaks, notably Daniel Solove and Adam Moore, have taken aim at the inefficiency of data collection in the name of preventing terrorism, which is a fair point. But Kenneth Einar Himma’s excellent paper ‘Privacy v’s Security’ accepts this point but, I believe, successful argues that in most cases security trumps privacy and all mainstream approaches to normative theories of state legitimacy presuppose or assert this. The question is how to calculate the correct balance, clearly collecting everyone’s data to protect us from some obscure existential threat may not work out as a positive benefit to society, but it is not impossible to imagine that some benefits would outweigh the loss of privacy.

For an excellent exploration of privacy, its function and value, I recommend Ruth Gavison’s ‘Privacy and limits of law’ which is an excellent and systematic breakdown of the subject. I believe it’s clear that the real value of privacy is not being able to keep you shopping habits or movements a secret, but to be able to withdraw from public attention, in order to think, develop and test ideas, free of the scrutiny of the wider public. This is key to the development of autonomy, and a critical examination of social norms and government policy provides the adversarial voice, critical to a healthy democracy. I believe that that true threat from a loss of privacy is a stifling of creativity and forced conformity. With companies like Google, Facebook and Youtube becoming ever more powerful gatekeepers to the information we require to make informed decisions, and perform our autonomy, we should be far more concerned that they are censoring or filtering content, undermining democracy. We have all seen the studies that show that outrage is the emotion that there algorithms predict will result in the most clicks and shares, and there’s little wonder we have experienced an ‘outrage culture’ over the past years.

‘Forget about ‘smart’ doorbells that violate your privacy and that of others.’ - what does this mean? They simply do not violate any privacy. They may capture some activity on a public street, where you have no right to privacy, or activity on private property, again, where the owner hold the cards, up to a ‘reasonable’ point, which would certainly include ringing a doorbell. This sounds like the anti-CCTV arguments that we repeated in the early 2000s. CCTV worked! It reduced crime, aided detection and solved crimes. People now feel unsafe in areas that don’t have CCTV… A body was found at the docks near my house this past Wednesday, the first reaction was, ‘it’s all on CCTV down there, they’ll catch them’ and it is, and there were 4 arrests the same day.

‘Refrain from using one of those DNA home testing kits – they are not worth it.’ - I have taken a 23&me test, and found DNA relatives all over the world. I discovered a distant cousin in Canada who didn’t know how we could be related until I told him about my distant great uncle who went to Canada in 1901, and rumour had it, had a illegitimate child with his housekeeper, which turned out to be this mans grandmother. I also learned that I don’t have any genetic variants for any serious problems, which gives me peace of mind, as I don’t have children yet. These things have value to me, far greater than the fact that some company may advertise for eye services, since I have potential for early macular degeneration, or my DNA is compared to wanted criminals, as I am not, nor expect to be a wanted criminal.

I could go on all day about this topic, since I’ve spent a lot of time researching it, but I’ll leave it there. I must say that was a slightly clumsy handling of the concept of power. Surely it would have been better to use Luke’s three dimensions of power and then add Foucault’s fourth dimension? Anyway, I think this is a very one-sided view of the subject of privacy, not inline with the actual view of society, who are more than happy to click away all rights for a fun new app, or have every moved tracked by their phone. With brain-computer interface looking likely I expect that even those most secretive and protected musings of the inner mind will soon be readable and also clicked away for the sake of a cool mind expansion app. And what not, we all commit thought crimes, we all have inappropriate sexual thoughts, we all know this, so what do we have to hide?

Then I feel like most people out there just dont care or have their own reasoning of the matter.
I think as an privacy advocate we should stop making point by point, technical reasons on why privacy matter. Privacy can be subjective like each person has different thread model.

We should make clear that data collecting is good for improving experience, for a country security, ect. But what they do with those data, using for actual good or selling them to make profit or both that we dont know. And quite honestly, even the governments dont if there is not an order. It is that what the data we provided are not transparent that is the main reason why things need to change.

The philosophy of government and society security are literally based on data and wisdom and that is a good thing, the execution of it in our world right now…clearly is not.

Instead of just…omg our world sucks, data being collected everywhere. Hide with me, wont you. I think that we should do it like the EU, make it a law, make it transparent. Stop letting those capitalists do what ever they want, raise awareness where it hurts. This is the important thing “where it hurts” as I said privacy can be subjective for each person. No one cares if their data has leaked online because so what? nothing happened to me. They took my porn history, my email, address, location? Sure, I dont mind, because so what? they do that to everybody. Only when a person realize how they are hurt by these bad data collections will they act on it.

My privacy does not matter but the world of data analytics by algorithm, AI and selling those data, using them for wrong is clearly a problem. And to me, a privacy world is when people recognize their rights, their privacy and fight for them.

Im done reading the same thing about “You got nothing to hide” argument. Most papers, influences are just saying the same thing all over. Only Luke Smith is very articulate on this problem though he barely make a serious topic on it

Indeed, I would point out, that more specifically, our brains are somewhat similar, so if billions of people are tracked, and creepy amount of information is collected, this could be used against human kind in areas like behavioral science, after all we are still animals, just more complex. So hypothetically there could be great amount of manipulation, or complete control, even for those who choose not to share their data. (Just personal opinion)