Can we talk about all the phone OS's?

Specifically what you are using and have used.

I’d like to know what is actually best and not just anecdotal - has anyone tested the claimed privacy and security benefits of these OS’s?

After a year of using LineageOS, and gathering what info I can online, am I right in claiming that the privacy community recognizes GrapheneOS as the best? and what will be 2nd be if we don’t have google pixels?

I found a few shreds of testing data someone did on sailfishOS and the results looked good, maybe better than most! but sailfish isn’t fully open source, there’s a boss and revenue and where there is a boss and revenue - shit can happen. I believe the test was a simple one of putting the tail command on a specific log folder and leaving the phone on standby for 12 hours and reading the file for output and input data. Sailfish only seemed to confirm the data and time.

Did I miss one? woah there’s a lot. 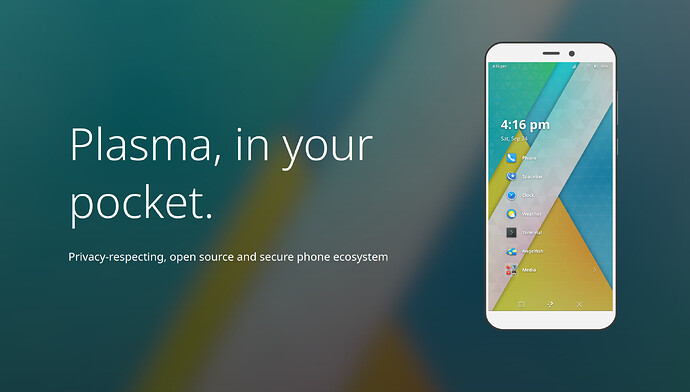 Thanks for the links guys, I’ve read most of which but gained some bits.

But what of sailfishOS?
What of the controversies surrounding GraphineOS and the in-house disputes that happened?
Does it appear that if you don’t have a google pixel, and your phone isn’t yet supported by divestOS - then you are mostly fucked? going by what is said by the community anyway. Fucked, even with how big that list is above

I’m curious to know, if GraphineOS is best, why? what makes them able to do the awesomeness that they are doing and others fail or fall short? I believe others are also businesses. I mean, a business whom concentrates its efforts must necessarily win over some hobbyists who code in spare time. I think e/OS is a business and they apparently suck. (Given they are non-profit obviously). Sailfish is a business I believe - from nokia iirc.

If you can add something, plz do!

The TLDR reason why we don’t list any of those on privacy guides is because they are one of these:

Most of these have been talked about over the years, and you can see form our Github tracker the reasons they were not accepted.

Why do we only recommend GrapheneOS? Because its basically the best of all of them, in terms of security, and privacy and the platform that it runs on. Ie lockable bootloader, decent OTA A/B support (unlike Samsung), Secure Core/Elements.

As for some of those desktop OSes, they’re already listed. Once again though with that we are very conservative.

not ready for daily driver usage

I can’t imagine switching away from iOS, but if I I had to it would be to some mainstream form of Android. I couldn’t switch to an OS that doesn’t have banking apps and other apps I depend on daily.

GrapheneOS works fine with most banks? I at least have had no issues with my banks and those of clients.

I can’t imagine switching away from iOS, but if I I had to it would be to some mainstream form of Android. I couldn’t switch to an OS that doesn’t have banking apps and other apps I depend on daily.

Reality is, all of them work pretty much, so unlikely to have any issues.

A maintained compatibility list of working international banking apps that are tested, submitted, reviewed and published below. View list | Submit report | Update report Introduction This is a crowd-sourced project dataset for GrapheneOS’s users that...

The only thing that they are saying is it is possible that in the future that may not be the case.

Damn it, it looks as though I am kinda of forced to go get a pixel despite not wanting to

I do find it hard to get my head around, that 1 man (formerly) made graphene and its prerequisites and is so far ahead of all of the aforementioned list. I know he probably has a lot more help now but so do a lot of the list - why aren’t they able to catch up, copy etc.

I can vouch that both my banking apps have worked fine with lineageOS.

Swiss Startup Takes On Apple and Google With Privacy-First OS

(Bloomberg) -- Apostrophy AG, a software startup founded by mobile industry veterans, is headed to Davos this week to unveil a smartphone operating system that puts privacy first. Betting on a growing push by regulators worldwide to rein in the...

Missed DivestOS from the list and also the above OS, for future thread ref.

It’s not developed by “one man”, there’s 3-4 developers. It also has a healthy community, with decent support channels, (both their forum and matrix channels.

Most of the code is fundamentally AOSP (Android Open Source), and they’re able to keep up by supporting a device platform which has good support for third parties, which can’t be said for competitors. Especially when you want things like verified boot. Verifying the boot flow is important for device security.

After some digging trying a couple search engines I found some more data on sailfishOS: Jolla's SailfishOS - the underpinnings - r/LinuxActionShow

Having to support multiple devices is probably what drains most of the resources of projects like LineageOS. Although I think it’s great we have them for those who don’t really need the absolute best in terms of security and would rather instead extend the life of the device a little longer. That’s been the case for me at least. Although it would be nice to get a nice phone for once and try Graphene.

Ive tried Graphene and Lineage and while both are good, Graphene has papercuts by design for security reasons.

What gets me is that I always have to re-enable the mic before talking and during the time of enablement during the call, people are thinking I have connection/microphone issues.

Also what I realized was it was nice to have an auto adjusting screen brightness. There seems to be none of that in Graphene at least because of course I disabled the camera from the drop down menu. Now that I think of it, Lineage has that feature but I think it also means that the camera is pretty much “enabled” all the time.

What gets me is that I always have to re-enable the mic before talking and during the time of enablement during the call, people are thinking I have connection/microphone issues.
…
disabled the camera from the drop down menu.

If they’re inconveniencing you, why not leave the camera and microphone toggles on? GrapheneOS (and stock Android I think) shows you an indicator if the camera or microphone are accessed by an app, so you can verify that no apps are using the microphone and camera that way. If some app uses it when you didn’t expect or want it to, you can just turn off the permission.

Camera has nothing to do with automatic brightness, the devices have an ambient light sensor. Older devices have it near the camera, newer ones have it under the screen (like the fingerprint reader).

Aren’t mic access and camera access QS toggles in AOSP now? I’ve tried a Lineage-based Android 13 OS and it also has the ability to temporarily disable the mic and camera

yes that’s what I meant by them being in stock

Banks only have an issue when you use an unsigned OS. GrapheneOS has its own signing keys which it uses to verify the boot.

This is why Privacy Guides recommends against rooting, because you break the chain of trust.

Banks only have an issue when you use an unsigned OS. GrapheneOS has its own signing keys which it uses to verify the boot.

This actually isn’t the issue. The issue with banking apps only happens when those apps use Google’s SafetyNet attestation service to check the integrity and certification status of the operating system. No third party OS will satisfy Google’s ctsProfileMatch check.

It is possible for app developers to allow GrapheneOS as well by supporting their keys.